If a good cup of coffee owes its distinctive flavor to its beans, a progressive organization owes its success to the people who are its body, mind and soul. And indeed, excellent human resources have been our biggest asset throughout our history and growth. Of the 300 and more people working with us, almost 60% are locals. It is our commitment to the local community and its economy and serves to remind us that our growth is not separate from theirs.

Aftab has contributed thousands of features and news items to local and international magazines and newspapers across the world, working with Times of Oman, Muscat, for 12 years and having stints in major newspapers in India. Aftab’s features on travel and the hospital industry have appeared in many inflight and travel magazines as well, along with hundreds of restaurant reviews.

eTN publisher Juergen T. Steinmetz said of the nomination: “Over-all we have heard nothing but compliments about this wonderful resort environment. Along with Aftab, guests highly recommend the property, and it is a place that I personally hope to enjoy myself one day soon.” 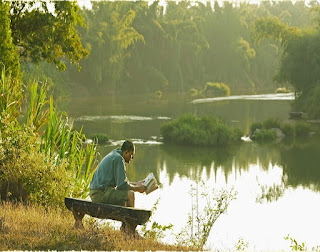 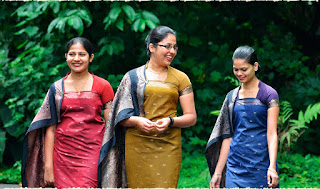 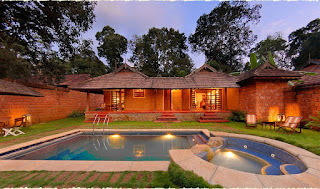 “We are delighted to note that Orange County Coorg has been conferred with the eTurboNews addition to THE LIST,” said Mr. Jose T. Ramapuram, Director of Marketing for Orange County Resorts & Hotels Ltd. “The award of being added to THE LIST makes us proud, and it is recognition of the unique experience we offer to our guests.

“Orange County Resorts is an experiential holiday company that owns luxury resorts at Coorg and Kabini, and an upcoming resort in the beautiful World Heritage site of Hampi in Karnataka, India. Bordered by the legendary Cauvery River and surrounded by virginal forests, Orange County, Coorg, is situated amidst a 300-acre working plantation. Nestled in the coffee and spice-scented hills of Coorg, the resort gives one the most luxurious introduction to plantation life and a cultural glimpse into the charming Kodava race of this region.”

Orange County Coorg is laidback and offers traditional food for its guests, all grown organically. It is managed by a highly-professional and courteous team and is a very eco-friendly property. Guests are welcomed with delicious coffee grown right on the resort’s premises. And all fruits and flowers grown are not plucked, but kept for the birds that are teeming inside the resort.

The guest villas are rustic and have private pools, a courtyard, and a water apple tree at its facade. The resort has several restaurants; a lake; walkways; and a treehouse restaurant, billiards area, and book-reading enclave overlooking a scenic meadow. A visit to a nearby abutting hamlet is a wonderful experience, along with a coracle water ride. Coracles are unique circular fishing crafts made of wickerwork or interwoven laths covered with a waterproof layer, and are ideal for navigating the waters of the Cauvery River.

Where in India is this resort?
What really adds spice to the tale of Coorg is the dash of legend and local lore that permeates all discussions on the provenance of the region.
According to the ancient Indian treatises or Puranas, the land of initial settlement was called Krodadesa which later became Kodavu. It is also said that Kodagu is derived from the word Kodava. ‘Kod’ means ‘give’ and ‘avva’ means ‘mother’, with the reference being to Mother Cauvery, one of the seven sacred rivers of India, the fountain of life and sustenance in this land.

Legend has it that the Goddess Cauvery appears at the sacred site of Talacauvery, the source of the Cauvery, on a specific day in October. She manifests herself as a sudden upsurge of water in a small tank. A large number of devotees gather to witness this bubbling spring and coconuts adorned with flowers are floated down the river as part of a special prayer. The water is especially potent on this occasion and is said to possess healing powers.

Much like India’s fabled wealth attracted invaders in the past, Coorg’s beauty, plentiful water sources and fertile soil were like magnets to the rulers of surrounding areas. Coorg’s rainfall and rice fields made it the granary of the region and it was much coveted by its neighbours.
For centuries, the hardy highlanders of Coorg successfully fought off the invaders, and even the mighty Tipu Sultan, and the British Empire couldn’t lay low the warrior spirit of the Coorgs. Their allegiance could be won only with their willing cooperation, not by force.
Ancient chronicles record that the region gave allegiance to a succession of Hindu dynasties. The Gangas of Talakad, were followed by the Cholas, and when Hoysala rule ended in the 14th century, Coorg came under the influence of the Vijaynagar kingdom.
When the great Vijayanagar Empire famed for its wealth all over the world, fell to the combined onslaught of its enemies, it left a vacuum which was filled by local chieftains. These chieftains constantly warred with each other and were united by Veeraraja, a Lingayat man from outside the land. Veeraraja posed as a holy man to win the confidence of the chieftains. He finally went on to become the first king of Coorg. His family, the Haleri rajas, ruled for 221 years.

For decades, Coorg withstood the frequent invasions of Hyder Ali and his son Tipu Sultan. After many failed attempts, there was a brief period when Tipu Sultan attempted to enforce his rule by establishing four forts, and placing his troops in them. But these troops were soon besieged and had to negotiate a surrender.

The last king, Chikka Veerarajendra, was a despot who lost the support of his people. Things came to such a pass that the same warriors who propped up the Haleri Raja dynasty were instrumental in bringing it to an end. In 1834, a Coorg general called Apparanda Bopanna, whose forefathers had gallantly repelled the British, invited the British forces under Col. Fraser into the kingdom, and escorted them to the fort at Mercara (Madikeri).
What followed was a period of peace and prosperity. The British brought in coffee cultivation on a large scale and left behind a legacy of a colonial lifestyle that is still followed. The Coorg qualities of shooting straight from the shoulder, both literally and figuratively, found favour with the British. Coorgs were encouraged to join the British Indian Army.
After Independence in 1947, Coorg remained a Part ‘C’ State till 1956 when it was merged with the State of Karnataka. But the brief imperial rule left behind a legacy that is the source of Kodagu’s identity and income – the cultivation of coffee and spices.

For at lave en nominering til LISTEN skal du gå til honesttravelawards.com.